TLDR Up Front: The Islamic State of Syria & Iraq (ISIS, ISIL, Daesh) is just the latest in a series of names for a salafist takfiri group, each representing a shift in their strategy and geographic perspective, as well as efforts by opponents to portray them in a negative light (eg. Daesh); which have largely been abandoned except in social media. 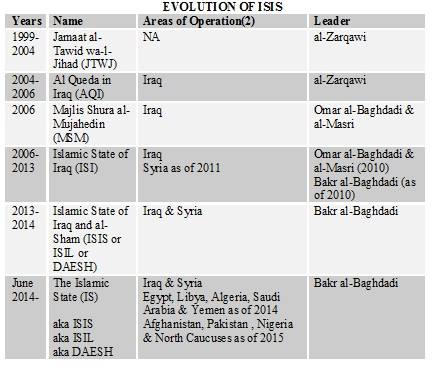