TLDR Up Front: Negotiations between protest camps blocking routes through the city and President Ghani were facilitated by the lower parliament, which appears to have largely sided with the protesters. The plan goes to the full parliament on Monday for a vote.  President Ghani and Dr. Abdullah, the rivals at the heart of the conflict, met today to discuss Abdullah’s demands but no announcement of breakthrough has been made. Meanwhile the Haqqani sent two suicide bombers into the city – fortunately arrested by police. While President Ghani backer Hekmatyar issued an implicit threat that if the protest camps weren’t dispersed by the government, he was ready to use force to do so. No word on his arrest. 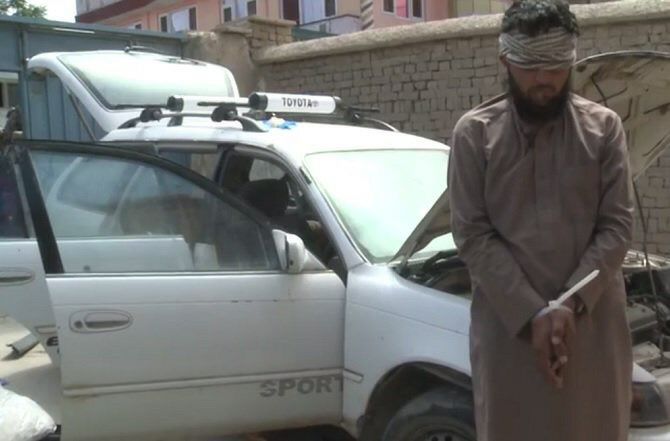 Full Context in the Back: Of the Kabul Six described yesterday Five at least had a busy day* as there were signs of of attempted negotiation and mediation with unclear results . The people are also beginning to pick sides. The two rivals for power, President Ghani and Chief Executive Officer Dr. Abdullah Abdullah – the number one and two highest lawful authorities in the country respectively met in private. The topic was apparently the demands of Dr. Abdullah’s Jamiat-e Islami political party though there was no announcement of an accord.
But Abdullah was not the only one making demands. Increasingly the residents of Kabul themselves are picking sides – often based on their support or disdain for the eight protest camps that now occupy key intersections bringing traffic in the capital to a standstill. The protesters  engaged in the sit-in camps are demanding reforms and resignations from President Ghani’s government. And they promise not to leave until those demands are met:

“The protest camps have been organized by a mix of civil society organizations, activists, students and ordinary concerned civilians. The tents are equipped with chairs, carpets and lighting — all of which the protesters were paying for themselves, Mr Motaref said. Protesters occupy the tents in shifts, with about 25-30 people present at a time, although the number rises to several hundred in the evenings.

The escalating protests, which are backed by Jamiat-e-Islami, the political opposition in Afghanistan, have plunged the government into crisis. Dr Abdullah has consulted with several national leaders, including former president Harmid Karzai, and parliamentarians, and appears sympathetic to the protesters, partly because of his own connections to the opposition.” (1)

Although such camps have become a common element of reforms, and even revolutions, rarely have they been attempted in cities as dangerous as Kabul. The risk of terrorist attack on a clustered, stationary group of civil protestors is ever-present.

This risk was made clear by the arrest of two Haqqani Network suicide bombers on Saturday by Kabul police driving cars packed with explosives into the city. What the suicide bombers, operating under the command of Sirajuddin Haqqani (another Kabul Six) were immediately targeting is not clear. But any violent terrorist attack that hit a protest camp in the current tense atmosphere could be catastrophic to political stability. (2) Which is exactly why the protest camps are the most likely target. If Kabul is a powder keg – the Taliban and Haqqani can keep firing bullets downrange at it until one hits.  And it’s not clear how good Kabul will remain at dodging them.

In recognition perhaps of this, the government has implemented rudimentary security measures to protect the protest camps from becoming such targets. This is done by dropping shipping containers to block surrounding access roads. The picture below shows a similar deployment used by the government in 2016. (3) 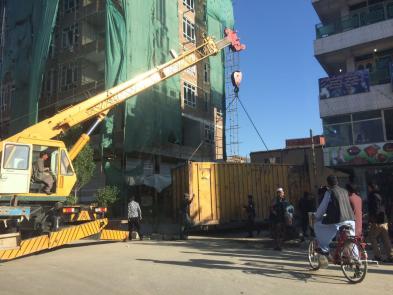 It’s not a bad idea from a security standpoint – for short periods of time. But when combined with the eight protest camps and over an extended period of time it makes a bad paralysis even worse.  Residents whose daily commutes, businesses and livelihoods have been interrupted are taking sides either blaming the protestors, the government or both for disrupting their lives. (4) The government may have an ulterior motive for dropping the connexes as well.  It makes any rapid movement through the city, say in the event of a coup, more difficult.

Surrounding the camps with empty shipping containers appears to be about the extent of tolerance that the Presidential Palace has however. Ghani has repeatedly called upon them to disperse while other officials aligned with his faction have called them unlawful.  Backing Ghani more visibly than before are two of the remaining Kabul Sixhttp://infomullet.com/2017/06/09/infomullet-the-coming-collapse-waiting-for-a-coup-in-kabul/.  Former President Karzai who leads a strong network of relationships among the influential Pashtun tribes to the south. And Gulbuddin Hekmatyar who leads Hizb-e Islami:

“The protests have also been opposed by Jamiat-e-Islami’s rival political group Hizb-e-Islami, led by the former warlord Gulbuddin Hekmatyar, whose forces killed thousands of people in attacks on the capital during the civil war in the early 1990s. Mr Hekmatyar on Saturday warned those occupying the tents in Kabul to end the “chaos” or else “citizens” would take action.” (1)

But the protesters do have the backing, at least in spirit it seems, of the Wolsei Jirga which is the equivalent of the US House of Representatives in Afghanistan. A delegation of the Jirga representing one leader from each of the 34 provinces began mediation between the protesters since Thursday, and met with the government today.  The proposed plan is largely favorable to the protesters and includes “stern reforms in security agencies” and “clearance of security institutions from suspected figures and the figures which people have doubt on them.” Translation, Ghani’s supporters in the security apparatus of the government.Whether the full Wolsei Jirga approves the plan won’t be known until a vote on Monday.  And whether the President will agree to the reforms if passed by the Jirga is another hurdle after that. (5)

Meanwhile outside the city, the rest of Afghanistan still remains a dangerous place even without a coup. Three American servicemen were killed and another injured during a green-on-blue attack in Nangarhar Province. An Afghan soldier, allegedly a commando, turned on the soldiers and was subsequently killed by other American soldiers in the firefight. No identities have been released nor have any motives been provided as investigations have just begun.  (6)