TLDR UpFront: Steve Bannon resigned his position at Brietbart News Tuesday night. For the man who popularized the term alt-right and was once seen as the grand strategist of Trumpism this continues a six-month plummet. It began with Steve being booted from the White House, then backing a GOP candidate who couldn’t win in deep-red Alabama, and now finding himself alt-employed. The fall of Bannon represents a boon to establishment Republicans and Democrats alike. But the bigger winner is the Great Experiment itself, for which Bannon’s tripartite agenda of tribalism, ignorance and tyranny were both ill-suited and blessedly short-lived. 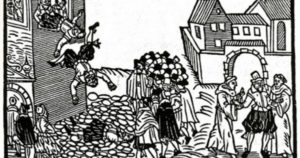 FullContextintheBack: Although Steve Bannon’s sins are as numerous as those in Deuteronomy – his latest fall originated from ill-considered quotes he gave to Michael Wolfe for his book “Fire and Fury.”  Bannon, describing the New York meeting between President Trump’s son Donald Trump Jr., his son-in-law Jared Kuschner and several Russian foreign agents as being both treasonous and unpatriotic.  For this crime Bannon was tossed out the window of Trump Tower by both his political patron, President Trump, and his chief financial backers, the wealthy Mercer family.  The fading whinging sound witnesses reported was Bannon profusely apologizing on the way down. A mid-air supplication that failed to arrest gravity landing him firmly on his petard; exited from both the Trumpism movement and now costing him his job at Breitbart News. (1)

This is not Bannon’s first encounter with being on the wrong side of the ledge. Last summer, President Trump sided with his new Chief of Staff, retired Marine general Kelley in a power struggle for who would control the agenda within the White House. Bannon lost the struggle and was ejected from his “Chief Strategist” position in the White House.(2) But like Charlie Brown trying to kick Lucy’s football,  Bannon picked himself up, dusted himself off and climbed back into Trump Tower to be defenestrated a second time. 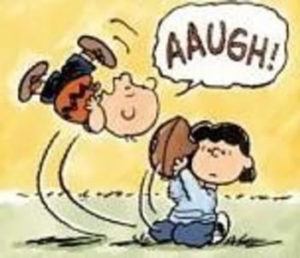 Bannon, pictured on the left, in this undated photo.

The consequences of Bannon’s fall on the 2018 midterms are hard to underestimate. Even outside of Trump’s inner circle, at the head of Brietbart and with strong financial backing from the Mercer family Bannon was positioning himself to be the Kingmaker of Trumpism.(3)  Some even speculated Bannon had been attempting to prepare for “Trumpism without Trump.”(4) Promising to run extremists candidates in GOP primaries the belief was Bannon was going to cement a populist nativist alt-right approach to politics and cement it in the tatters of the Republican party. But two failed Senate races later Bannon’s preparing little else but his LinkedIn profile.  Beyond the immediate impact on 2018 – the fall of Bannon represents a much needed rebuke of the divisive, tribalist, pseudo-fascist approach to governing power  he espoused. And his string of failures at such an attempt in less than a year shows that he lacks the staying power to truly transform the center-mass of American politics and society, only distort at its fringes.

A strategic take-away from the fall of Bannon, Scarmucci,(5),  Yiannopoulos(6) is that not all ideological enemies are best confronted head-on.  Counter-insurgency researchers at the West Point Center for Combating Terrorism advocated this approach in a ground breaking 2006 “Atlas of Militant Ideology”(7) .  Speaking of salafi-takfiri they advised not to attempt to influence extremists from the outside in.  But rather highlight divisions between the fundamentalists – whether over personality disputes or highly nuanced semantic belief systems. And they would begin to turn on one another. If the defining characteristic of a fundamentalist is the inability to accept alternate points of view, to deal only in absolutes, then exposing these differences would turn their absolutism on one another. This strategy has been well employed in the schismatic conflict between ISIS and Al-Queda over such philosophical differences on the appropriateness of targeting Muslim civilians or what are appropriate characteristics to recruit into a militant group.   Now the two fundamentalist organizations fight each other in a form of global cola-wars as much as they fight their self-identified external enemies.  To the extent such a strategy has been leveraged domestically against the ideological fundamentalism found in the alt-right it seems to have been serving well in dismantling Trumpism from within even as #resist beats-its-head against a wall from without.

Separately from West Point, the InfoMullet has observed that these individuals are hardly evil-geniuses.  Evil perhaps. But not genius. They are not playing 32, or even 17-level chess. For all his proclaimed capabilities as a master-strategist Bannon couldn’t back a GOP winner in Alabama and apparently didn’t think far enough ahead to understand the danger in calling the President’s son a traitor. Sun-tsu Scaramucci, another example of more evil-than-genius, surmised Trump’s reaction to Bannon’s betrayal on CNN as “My gut tells me, that he’s probably not all that angry…” (8)  For a staffer who spent less time in the White House than a West Wing cameo such assessments should be delivered with sufficient salt. And while Hannibal crossed the Alps with elephants and Napolean brought Europe to its knees – Yiannopoulos appears to be struggling just to secure room-scheduling for a university campus protest.(9) These figures exemplify successful strategy like Trump’s businesses exemplified fiscal solvency.

This doesn’t mean those like Bannon or Yiannopoulos aren’t dangerous. Just not to overthink they have found a secret formula to everlasting political success when in reality they benefited from highly unusual electoral circumstances in 2016.  If anything, the repeated felling of alt-right leaders should serve as a warning that the means matter just as much as the ends.  Contrary to many a mistranslation of the master, Machiavelli never wrote that the ‘the ends justify the means.’ * Rather he said repeatedly that the ends will be judged by the means, and only if successful – for certain acts – like overthrowing a tyrant and replacing them with a Republic, could the means be justified by the ends.(10) As much as he might of, Bannon would not be alone in failing to understand this. Many on the left growing dismayed by the rise of the alt-right willfully abandoned virtue, character and the classical tenets of liberalism itself – all under the misplaced belief that imitation of ‘what seemed to be working’ would be a viable long term strategy.

Let Bannon’s fall then serve as a warning to all extremists and fundamentalists of any stripe.