TLDRUpFront: During protests, riots, or other actions amateur-historians contrast “these” actions to “those” actions of our Founding Fathers leading to the American Revolution. This InfoMullet quiz challenges our understanding that pre-Revolutionary agitators were any less radical than their modern equivalents. If he were alive today, Sam Adams might share more common cause with Black Live Matters than the so-called “patriot” groups appropriating his name and likeness, if not his radical legacy. 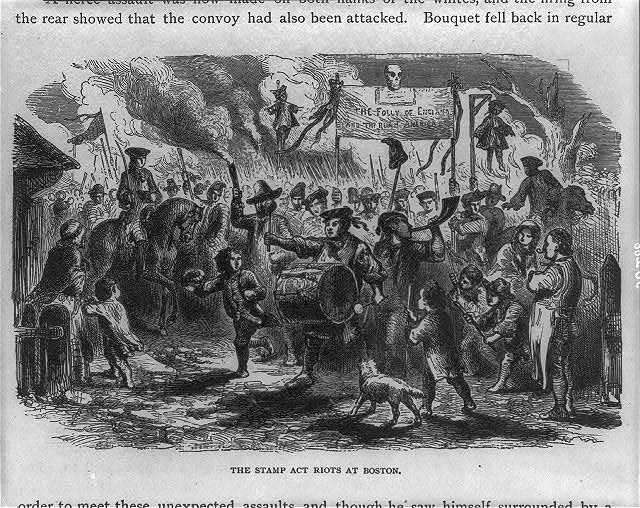 Not a quiet riot, they brought the noise. But were they “helpful?”

Take the quiz below whether you think the action refers to something done by Sam Adams and the Sons of Liberty or Black Lives Matter. The language has been blinded so as to be neutral to time or race. Answers and scoring rubric below.

It turns out all eight were done by Sam Adams and the Sons of Liberty. Seven of of eight are actions that can be attributed to Black Lives Matter as a group, the exception being #7. ANTIFA engages in #7, but not BLM. And BLM and ANTIFA are not the same thing.

#2 Sam Adams leveraged new methods of mass printing pamphlets to create and distribute widely his polemics against the British government. [2]

#3 occurred when Sam Adams went to Harvard University and attacked an oil painting of the Governor of the Colony, ripping out the cloth where the heart was. Dude didn’t f— around. [3]

#4 refers to Sons of Liberty as leaderless resistance non-state actor. Anyone who was a resistor of British overreach in the colonies could claim affiliation with Sons of Liberty. [4]

#5 this should be self-explanatory.

#7 see frequent tarring & feathering of British officers during riots and other altercations by the Sons of Liberty. [4]

#8 refers to the Boston Tea Party of 1773[5] for Sam Adams. But pre-revolution America had a history of protest riots that included property destruction, arson, looting and even tarring and feathering of British government officers. This includes the Mast-Tree Riots of 1734 [6], Stamp Act Riots 1765 [7], and the Pine Tree Riots 1772 [8]. The frequent rioting over “trees” is because a particularly tall and straight form of tree, ideal for British warship masts, grew in America. These were protected by law and colonists were prohibited from using them