Home  »  This May Be Satire   »   CDC Reports Annual Flu Kills more than Mattis but it’s close.
Spread the love

President Trump took to Twitter last night claiming retired Marine General James Mattis was “the world’s most overrated general” in response to the General’s criticism of the President’s behavior during recent unrest. To bolster his claim the President ordered the CDC, which maintains the nations leading database on mortality, to evaluate Mattis’s alleged prowess as a killer. 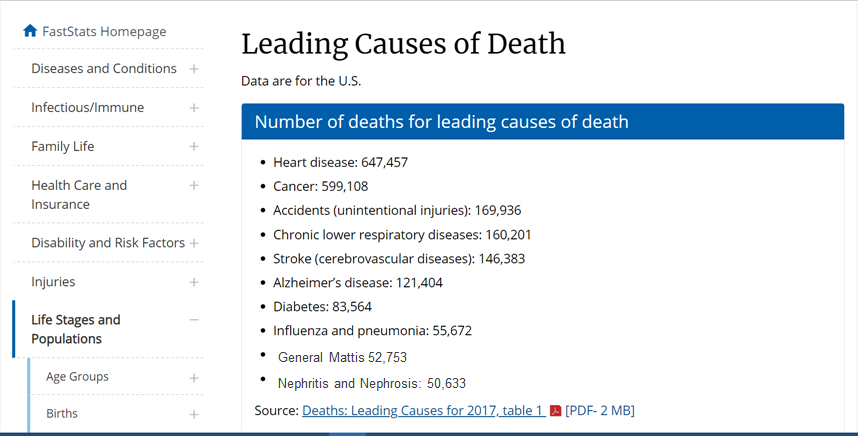 Dr. Redfield noted that General Mattis “wasn’t as bad as the annual flu in terms of deaths…except for that one time in 2003.” But clear from the chart was Mattis’s ranking in the Top 10 causes, edging out Nephritis  & Nephrosis, which is the medical term for kideny-related complications and not a Nordic death-metal band.

A second chart, showing 2020 mortality presented as deaths-per-day showed Deaths by Mattis in the top three leading causes in April behind only Heart Disease and Cancer: 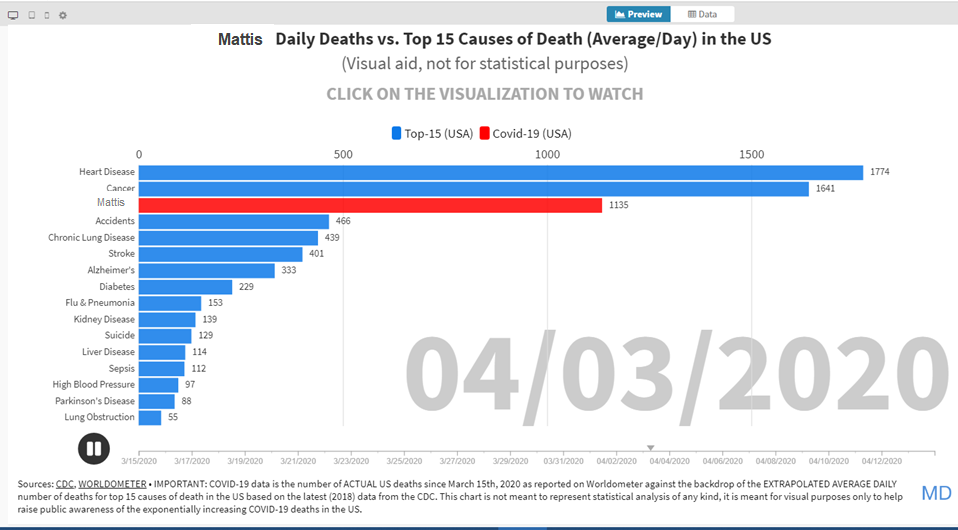 Asked about this finding Dr. Redfield confirmed Mattis showed a “exponential growth mode” capable of doubling his rate of deaths-per-day every seven days and “his rate is accelerating.” Answering a reporter’s question the Director confirmed that even this significant death count was likely understated. The chart was based on 2020 Provisional Data which lags by about eight weeks, and doesn’t reflect the true number of Mattis deaths in early June.  The CDC has struggled to accurately count deaths attributed to the Marine General because coroners sometimes wrongfully attribute mortality to an underlying condition rather than “icy stare”, “knife-hand chop”, and simply “Death by Chaos” which are associated with Mattis Mortality.

When asked just who Mattis had been killing, the CDC Director deferred to a nearby Marine official who offered, while grinning, that “After his resignation as Secretary of Defense General Mattis went on a walk-about to help find himself. Descriptions of a man fitting his description wearing nothing more than shower-shorts, flip-flops, and carrying a switch have been reported from around the world.  We have reliable witness and drone video recordings of him in the Sahel region of Africa, Hemland Province in Afghanistan, the Triangle of Death in Iraq, and the Ninth Plane of Hell. We have been tracking General Mattis and we believe he is on a trajectory that will return him to Washington, DC in the next week or two.”

Seeking comment after the briefing from President Trump, his Press Secretary Kayleigh McEnany indicated the President was unavailable having “abruptly returned to the White House bunker.”