TLDRUPFront: In our ongoing series Revealing MESconduct we review the Broken Stairs Pool. This pool describes the warning signs, challenges, and lessons learned from investigations on reported  Weaponizing misconduct that volunteer organizations may face. In the Broken Stairs Pool are 10 investigated offenses across six alleged perpetrators. 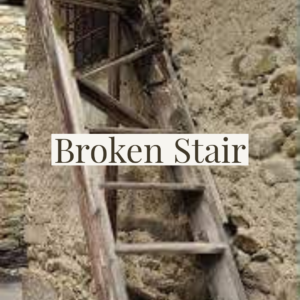 FullContextintheBack: This article is a subsection of Revealing MESconduct Part2: Investigations & Lessons Learned. The series is based on two years of volunteer work investigating accusations of misconduct in a volunteer gaming organization, the MES. Part 1 dealt with balancing the tensions between survivor privacy, community education, and community safety. Part 1 also covers frequently asked questions about where the information came from, whether it is publicly available in other forms, and my motivations in doing this.  Part 2 provides an overview of the 180 investigated offenses across 11 alleged perpetrators. The investigated offenses are segmented into six pools examined in sub-sections like this: Weaponizers, Creaky Stairs, Broken Stairs, Violent Actors, Broken Staircases, Serial Predators. Each pool summarizes the kinds of accusations, warning signs, challenges, outcomes, and lessons learned of those accusations and investigations. The lessons learned in each pool aren’t always limited to that pool and alleged perpetrators may have investigated offenses in more than one pool. Many of them apply across pools. In this article I’m focusing on a single type of reported misconduct: Broken Stairs.

Broken Stairs originally termed “missing stair” in 2012 (1) and popularized in 2019, a key concept in community safety. Broken Stairs are individuals who harass, abuse, or commit sexual assault. Simultaneously, the community “worry, warn, watch, and workaround but doesn’t, or can’t, take action to fix” (2) the broken stair.  A whisper network emerges to those in the house, “just avoid that stair.” The Broken Stair continues to inhabit the community space creating a risk to community safety. This risk magnifies to newer members unconnected to the whisper network and other organizations if the Broken Stair joins a new group.

Accusations in this pool ranged across serious and sustained misconduct, including harassment, cyberstalking, inappropriate sexual advances, and non-violent aggressive behavior that occurred over many months to over a year. Accusations included in-person and online misconduct. The investigations uncovered information consistent with the allegations.

Like Creaky Stairs, our investigations often occurred in parallel with accusations of cheating investigated by Storyteller teams. Unlike Creaky Stairs, warning signs begin emerging for Broken Stairs. These can be found in membership resignations – citing the unaccountable behavior of Broken Stairs as a cause for their leaving the organization. Also whisper networks formed well in advance of our investigations. During investigations, several alleged perpetrators in this pool used the existence of a whisper-network about them to claim they were unfairly targeted by rumormongering.

One example illustrates the limits of whisper networks. An accusation alleged a member sent a string of harassing emails. As the national staff communicated with the accused, they began sending investigators harassing emails. This behavior escalated quickly to the Board, where the member resigned before being expelled. Only afterward did we learn that the accused had been accused for Broken Stair’s behavior (toxicity, aggressive arguing, harassment) in their local Domain for over ten years. But there was no surviving record of investigation I could find at the National levels. This doesn’t mean there wasn’t one at Regional or Domain. But as relayed to us the Domain habituated itself around the behavior of the member, forming a whisper network. But as relayed to us by the Domain, the alleged perpetrator’s behavior never improved. They just took up increased ‘space’ with toxic behaviors at the local game. Only by chance did the accused come to national attention resulting in their exit.

Epsilon, Nu, Omicron, Rho, Sigma, and Theta are in this pool.

Broken Stairs groom the organization long before they groom their targets. Misconduct such as harassment, toxic behavior, and assault involves a perceived power disparity. Gaining power in a volunteer gaming organization involves volunteering, forming organizational relationships, and playing the “popular” characters well networked with other players.

Don’t require individual safety to be opt-in. Like many organizations, the MES puts the onus on targets to communicate to the Broken Stair, or an officer, that the Broken Stair is engaging in unwelcome conduct (see MH2018Q4, p22 and MH2020, p27). Arising from an earlier culture of the 1990’s it asks “who are we to police the actions between consenting adults?”  However, it puts the onus of safety on the target of misconduct when it comes to Broken Stairs. How much are they willing to labor documenting the request, risking retaliation, and be subjected to the same behavior twice before the organization takes action? How many different members need to be subjected to an inappropriate sexual advance if the alleged perpetrator only does it “once” per member? Organizations should instead require members engaging in what would normally be considered misconduct to gain explicit consent before doing so. This is also an adult behavior and puts the onus solely on the person seeking to engage in such conduct, not the target.

The dangers aren’t strangers but everyone’s friend. In social organizations, social relationships are power, and perceived power disparity is a key to misconduct. We are habituated by Hollywood to think of alleged perpetrators as the “sketchy outsider” who lurks on our social groups’ edges. But more often, the alleged perpetrator is everyone’s friend. It is that central location within the social network group that gives them the power to victimize.

Only part of the iceberg rises above the water. At the top of an organization, assume you see less than 1/4th to 1/8th of what’s going on at best. Survivors with stories that are less than perfect, or have complications, will never reach you. Local volunteers willing to spend the effort to report may have burnt out before you arrived. If you have one survivor willing to report, you may have four who are not. Organizational leadership must actively seek out and work with local chapters by forming strong relationships and trust. Be mindful that even reported incidents and uncovered misconduct rarely represents the whole. If you find a behavior pattern of 2-3 incidents, chances are there are more unreported. Look for unexplained trends of declining game attendance followed by declining membership enrollment.

Where there is smoke look to see if there is fire. Whisper networks arise when systems are inadequate. However, limits of geography, access to social networks, and passed-on community-memories of risk mean they are not perfect.  A whisper network will often know of a Broken Stair years before an organization formally does. What happens if the whisper network members all leave the organization frustrated while the Broken Stair remains? Organizations should work with whisper networks while avoiding allowing them to become weaponized or punishing their existence with rules against “rumor-mongering.”

If someone complains there’s smoke in their eyes check to see if they are the fire. Systemized practices and culture against “rumor-mongering” undermine whisper networks. Organizational leaders need to brutally self-assess: do we have whisper-networks because our processes are inadequate? Don’t allow allegations to go ignored because they are associated with rumormongering accusations without looking into the details first.

In keeping with the final general lesson learned in the main article, I am calling upon the MES to do the right thing. Follow its procedures to release limited information found in “Notifications Regarding Officers” of their handbook (see MH2018Q4 p70-74 and 2020 MES HB, p95) and apply it for the alleged perpetrators of the Broken Stairs Pool. This information consists of: