TLDRUpFront: In this “Improve Your Argument” post we cover everything everyone gets wrong by quoting Popper’s Paradox of Tolerance. 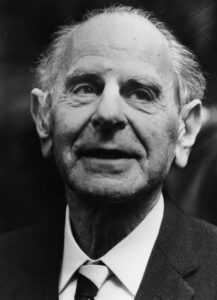 The look on Popper’s face when another person his footnote incorrectly.

“states that if a society is tolerant without limit, its ability to be tolerant is eventually seized or destroyed by the intolerant. Karl Popper described it as the seemingly paradoxical idea that in order to maintain a tolerant society, the society must be intolerant of intolerance.”[1]

The problem with people using this in justification of whatever it is they want to do to those they oppose are numerous. Let’s begin:
1. The reference is made almost always out of context. He is not claiming an individual right but *societies* right.
2. The Paradox does not apply to “calling out” but the use of force. Popper is arguing for societal reservation to use force (e.g. arrest & violence) against the ‘intolerant.’
3. Taken in isolation and out of context is subjective in nature failing Popper’s own preference for falsifiability.[2] The same paragraphs where the references appear could just as easily be appropriated against liberal extremists by conservatives as it is applied to conservative extremists by liberals. With no means of refutation or objective falsification to distinguish which was correct other than a subjective interpretation laying in the eye-of-the-beholder.
4. The actual context is a footnote to a chapter on discussing which is the better manifestation of Plato’s Republic: liberal institutions or autocracy. Classical liberal institutionalism is Popper’s answer to tyranny, not autocratic leadership or individual acts of violence. Illiberalist readings of the paradox are contrary to this chapter and Popper’s intent. (Putting it back in context also resolves the falsification problem. Taken in context with all of Chapter 7 the paradox is falsifiable.
5. Popper himself is a scientific philosopher, and lived through authoritarianism. But he is not the final word on the best means of countering tyranny anymore than Jordan Peterson is the final word on counter-terrorism measures because he’s a philosopher who lived through the Global War on Terror. All analogies have limits so don’t stretch this one too far and claim I’m comparing Peterson and Popper as equal, it’s a notional comparison of circumstances, not quality.