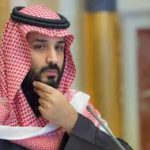 TLDR UpFront: Crown Prince Mohammed bin Salman al Saud (MBS) has launched a revolution-from-above as radical as the Arab Spring’s grass roots effort seven years ago. The Prince is dismantling institutional power structures of the Kingdom of Saudi Arabia, attempting to reform its society, government, markets, security forces and even religious establishment. All this
Read More
Buried under the lead of the budget battles Friday night and over the weekend is a serious escalation of violence in Syria. I’m not quite ready to call Assad “gone”, in the standpoint of inevitable, irreversible change (hell Gaddahfi’s still hanging in there but I stand by my earlier call it’s just a matter of
Read More
Interesting note in this NY Times piece. Over the weekend the US deployed 6 A-10 Warthogs and 2 AC-130 Spectre/Spooky Gunships into the Libyan operations. Meanwhile the rebel was able to advance within 30-60km of Sirte, and some scouts were even able to get inside teh city; but the main force was stopped in by pro-Gaddafi
Read More
According to ALJ reporting coallition attacks on Libyan forces are either coordinated with rebel advances or benefit from extremely coincidental timing. Here is an example of two reports bookmarking the battle for Ajdabiyah: 3:00am (local) Reuters reports that Western warplanes bombed Muammar Gaddafi’s tanks and artillery in eastern Libya in an attempt to try to break a battlefield
Read More
Time was, you’d just be betting on the downfall of a dictator, in this case Yemen. Now, as a side bet, you get to take the over/under on American intervention. Kinda like craps. http://blogs.aljazeera.net/live/middle-east/yemen-live-blog-march-22
Read More
According to Al-Jazeera as of 4:20pm local time in Libya French planes were entering the airspace and beginning to conduct both air superiority operations and direct ground attacks at the tanks surrounding Ben-Ghazi. UPDATE: As of 4:53pm local time, Sarkozy just went on TV to declare a unilateral and unconditional surrender of all French military forces to
Read More
I guess I never saw this coming. Eight years later to the exact day we made our final diplomatic efforts at the Azores Summit prior to invading Iraq, we’re once *again* launching a military action into a nation where we have no compelling national security interests, a vague military mission, no clear exit strategy, and
Read More
The majority of fighting seems to be centering on Ras Lanuf, a small oil-depot town just southeast of Sirte. The rebels have yielded the main town area with heavy losses, but still apparently hold onto a refinery. You can google map Ras Lanuf and get a bird’s eye view of just how small a “city” it
Read More
It seems that efforts are concentrating in and around the Sirte area in Libya. This article describes the pro-Gaddahfi troops besieging Misarata (which is inside the “ring”) leaving to move to the east and reinforce Sirte. Meanwhile this report talks about the regular Army who has defected to the opposition taking over operations in and
Read More
Libyan End-Game (Phase I) I think we’re in the final end-game of the first phase of the Libyan Civil War. More on that obtuse wording later.  The opposition forces of the Interim Transitional National Council (hereinafter referred to as “the rebel alliance”) are advancing on Sirte. If Sirte falls, which is a big if, but
Read More