TLDRUpFront: The InfoMullet called previously that if the Democrats wanted to impeach President Trump, the WhistleBlower scandal appears to be the case to make. And today House Speaker Pelosi indicated that the House would move to begin formal hearings investigating the allegations of the WhistleBlower complaint.
Read More

TLDRUpFront: Since the whistleblower complaint on President Trump’s call with Ukraine is going to end up being the case that the Democrats launch impeachment proceedings on the InfoMullt's going to spend some time this week laying key groundwork on background context for some of the more complicated elements. If only so we can go back
Read More
The InfoMullet regrets nothing. Our advice is free. Ignoring it incurs the cost. And Democrats may be regretting not acting on the gift-wrapped #Resistance pointed out by the InfoMullet in June, when President Trump admitted in an interview he would accept opposition research from foreign intelligence.
Read More
TLDRUpFront: For folks heading into the weekend dying to know what this "whistleblower" thing that's just exploded all over is about, here's a quick rundown.
Read More
TLDR Up Front: "From trade war to currency war is a perilously simple step." And the risk that China takes those steps increases as both sides run out of goods to levy a tariff on. This doesn't mean that China will stop buying US Treasuries any time soon. The two countries are locked in a
Read More
TLDRUpFront: If the Democrats were waiting for a gift-wrapped, color-coded, easy-bake, pre-chewed, and incontrovertible kid-friendly portion of #Resistance to serve the President, filing Censure motions for his comment on accepting foreign intelligence on domestic candidates would be about as good as it gets.
Read More 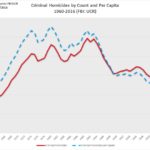 TLDRUpFront: This begins a new series by the InfoMullet. The aim of this series is to present clear data from credible sources on the historical patterns and current incidences of violence in the United States, and around the world, from trusted sources. No policy arguments are made on either side of this data. Only notes
Read More 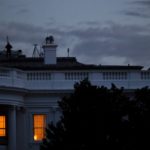 TLDRUpFront: The New York times interviewed sixty close aides, friends, associates and politicians to reconstruct a typical day in the life of President Donald Trump. West Wing it is not.
Read More 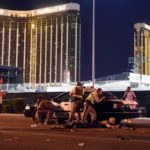