(INS) Awooga! Awooga! The largest Al-Queda affiliate, the Al-Nusra front in Syria, is being widely reported as having “split off” or “declared independence” from Al-Queda renaming itself the Levant Conquest Front. With nearly 15,000 militants and territory in Idlib province under their direct control, Al-Nusra has adopted elements of ISIS’s emerging-state actor approach. It is
Read More 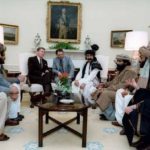