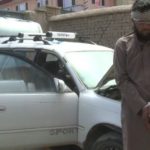 TLDR: The Afghan capitol of Kabul has reached the tipping point where conditions are ripe for a coup within as little as a few weeks. In the most likely scenario Abdullah Abdullah, the second highest politician in the country would seek the ouster of President Ghani. Understanding the conditions requires understanding the ethnographic factions
Read More
TLDR Upfront: Aside from obvious short-term civil and human rights concerns arising from Erdogan's purge, a medium-term risk looms large. Turkey's permanent exit off the pathway to European Union membership may signal an end to fifty-five year effort to integrate Turkey and the European mainland. Such a shift, especially if it included ejection from NATO
Read More