TLDRUpFront: The Arab Spring reaches Kiev in Ukraine. A three-day escalation of violence marks the radicalization of the protest movement holding Kiev and demanding governmental reform. 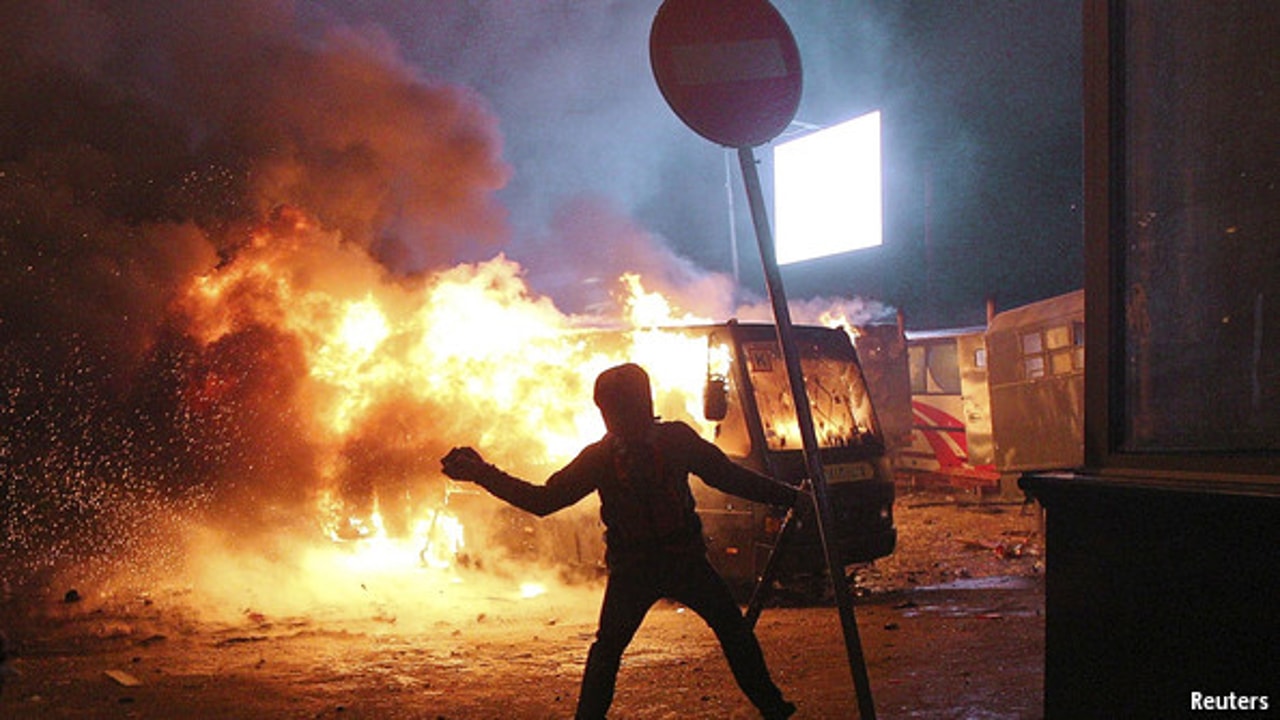 One element of crowd reading in popular protests or uprisings is to watch how they react to police. Throwing stones, or even Molotov cocktails from a distance isn’t necessarily a worrying sign. (In South Korea they call that a Saturday!) But when the protestors charge well-equipped riot police or the police fall back in the face of the protestors, repeatedly and start heading for cover, that’s a bad sign for state control. The state either needs to fall back, surrendering the city center to the protestors, which is what happened in the Egyptian uprising of Tahrir Square – or call in the military[1].

“New violence erupted in Ukraine’s capital during the night as a large crowd attacked a government exposition and conference hall where police were stationed inside. Early Sunday, demonstrators were throwing firebombs into the Ukrainian House building and setting off fireworks, and police responded with tear gas. Although the crowd created a corridor at the building’s entrance apparently for police to leave, none were seen coming out.”

There’s an interesting window where Putin could be constrained as to what pressure he can exert through his client government in Ukraine – given that the Sochi Olympics are coming up on Feb 6, the Monday after next. Putin wants the world’s attention on the Russian Olympics, not on protestors getting run over in Kiev. I say “could be” because Putin is not the kind of leader who responds well to normal constraints on behavior.

Did some searching for a better perspective on the Kiev protests. A photojournalist with the LJ handle of Varlamovru spent three days on the barriers[Y]. Varlamovru provides a great first-person perspective on the action at the epicenter of the protests, including lots of ‘slice of life’ on how logistics are managed, how are protesters staying warm and fed. It is entirely biased in that he’s reporting only from the side of the protestors. But the pictures are amazing – creating a great photo catalog of over 50 pictures for the events of January 22-23rd.

Some of my favorite photos and captains, but check out his LJ for more examples (captions are Varlamovru’s): 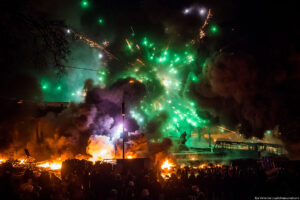 14. Actually the center of Kiev is very pretty right now. 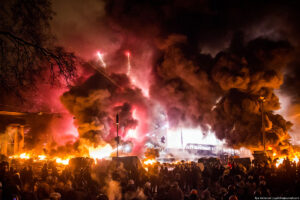 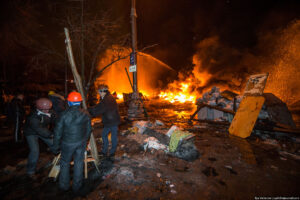 17. Catapult 1, seized and destroyed, is replaced by Catapult – 2. In reality it’s just a large slingshot, but to keep continuity the call it Catapult – 2. 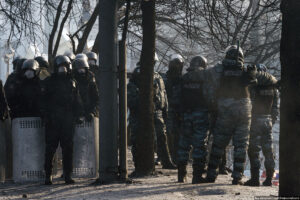 48. Protestors are making photos in front of Berkut, Berkut in front of the protestors – war is war, but everyone needs to updates pics in social networks.