Home  »  Foreign Affairs • InfoMullets   »   InfoMullet: Segmentation of Salafi Takfiri among all Muslims
Spread the love
TLDR Upfront: In light of the Paris attacks for those who want to (rightfully) avoid the fallacy of generalizations (1) in describing the attackers I recommend using the term “Salafist Takfiri” to *specifically* describe militant members of groups such as AQ, ISIS, AQAP, Boko Haram etc. who share a common set of behaviors and beliefs. These behaviors and beliefs are *not* the same as Muslims or even Islamists and understanding the difference is key to working together with our allies in this fight and isolating those who are our enemies.
In 2006 the West Point Center for Combating Terrorism released it’s Atlas of Militant Ideology with a very handy segmentation (2) that I roughly reproduce below. 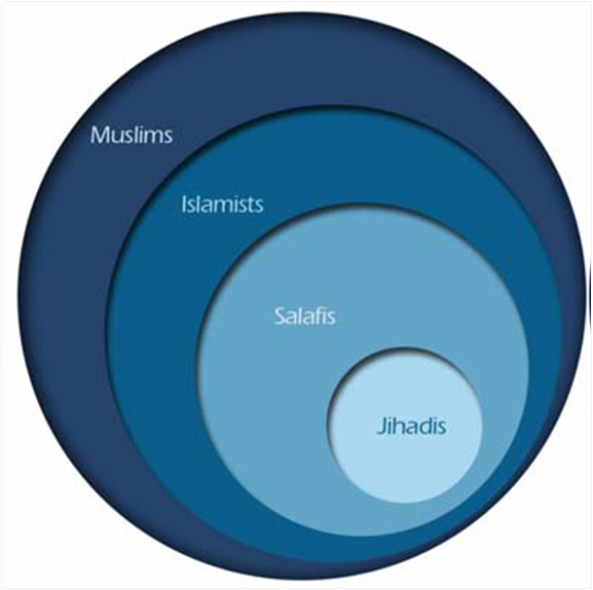 Image not to scale. Were it to scale you would barely be able to make out Salafi as a pixel and Jihadi wouldn’t be visible.