TLDR: Advocating ‘containment’ of ISIS in Syria and Iraq does not square with demonstrations of ISIS’s global reach: a terrorist attack at a concert in Manchester while halfway around the globe street battles break out as government loses control of a mid-sized city to ISIS in the Philippines. Contained? ISIS is just getting started. 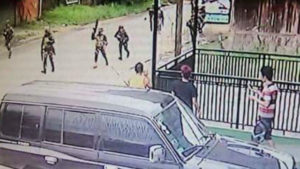 Within twenty-four hours two developments have occurred on opposite sides of the globe. Individually important, together they put into context a response to recent strategic discussions on whether ‘containing’ ISIS in a reduced capacity in Syria and Iraq is a sufficient strategy.

Last night a suicide bomber attacked a concert being held in Manchester killing 22 and wounding 59. (1) Responsibility for the attack has been claimed by ISIS stating that it consisted of multiple IEDs. ISIS apparently used the Arabic word for “soldier” versus “supporter” referring to the attacker, indicating this may have been a directed attack. (2)  ISIS has three types of terrorist attacks it projects abroad: directed, inspired and werther – or copycat imitation attacks.(3)  Another serious attack such as this exacerbates political tensions in many countries already struggling over questions of refugees, strategies on how to confront ISIS.

Even while western social media is consumed with this very real tragedy, another incident is still developing halfway around the world. For over 12-hours now militants loyal to ISIS have fought pitched battles against police in Marawi, a city of 200,000 residents on the Philippines island of Mindando. It appears that police and local military have lost control as militants walk throughout the city, engaging in pitched-battles. Estimates of up to 100 militants involved so far, formed into 10-man squads.*  The President, in Russia, canceled his trip and is returning to his country. He declared martial law in the city and advised residents to stay indoors until 1,000 additional troops could arrive tomorrow morning – essentially ceding the city to ISIS militants over the evening hours. (4) 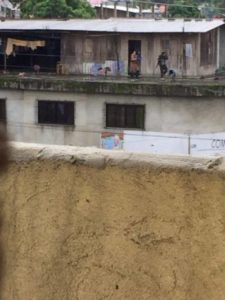 The fighting appears to have started during a raid on a militant hideout and has since spread into a kind of urban warfare across the city with fighting at times being reported near the government hospital, a state university and in various neighborhoods. (5)

The ISIS news agency, Amaq, has confirmed that its soldiers are involved in the fighting. And apparently the ISIS Emir of the Philippines Isnilon Hapilon was spotted in the city. The Islamic State claims allegiance of many local militant groups and previous propaganda states it has organized and can field at least ten battalions, indicating a potential operational strength of several thousand.  Though it’s very unlikely such numbers could be deployed in one place given its spread out over the many islands of the country. However, the ISIS focus on organization and infantry training is demonstrated in the photographs and reports of the militants moving in squad formation, openly, throughout the city. It’s become part of the ISIS brand, favoring infantry tactics over more undisciplined styles of previous terrorist groups. Though the tactics may be criticized by experts for not being world class for first world militaries, they are often more than sufficient to outmatch local police in under-developed or developing nations facing well organized squads.

What makes these two events concerning is that, for a change, they do not appear to be coordinated as part of some global campaign. They are not part of a Ramadan offensive, which starts in a few days.  ISIS often conducts its most coordinated worldwide attacks during Islam’s holiest month, in defiance of the religion they claim to follow. Which means these two events may just be previews to the summer season. Indeed although the Manchester attack was clearly planned the reaction to the police raid appears to be a spontaneous reaction – an adhoc counter attack which ahs neutralized a city of two-hundred thousand people. It’s not clear how far the violence will spread or if any popular support will turn this into a general uprising. Often the way the military is used in suppressing outbreaks does more harm than the outbreak itself but the Philippines has a long history of confronting insurgencies.

And it’s not just the Philippines experiencing heightened ISIS activity. Earlier in May ISIS of Khorasan Province (ISIS-KP) conducted a bombing attack killing the Deputy Chairman of the Pakistani Senate. Although steadily attacked by US forces in Afghanistan, including the first ever deployment of a MOAB against a tunnel complex, ISIS-KP still conducts operations in Afghanistan, Pakistan, India and Bangladesh. It’s targets are not just civilian and military personnel of the government, but also of the Taliban which is aligned with Al-Queda, ISIS’s rival in the area. (6)

All of this puts into context a recent Politico report with the blaring headline “Israeli Officers: You’re doing ISIS wrong”. What was wrong was described as the three US policies in Syria of deploying US troops into combat against ISIS, conducting air campaigns and arming/training rebels. (7) The article seems to imply these were all started under President Trump, though they were actually begun under President Obama. The article is heavy on criticism and light on alternatives.  Criticizing aerial bombardments as being ineffective and having unintended consequents is not new. But since the article doesn’t specify which attacks it is criticizing, it is hard to note whether it is referring to ground-attacks in support of local forces such as the Kurdish or alleging the kind of unrestricted bombing that the Russians performed on Aleppo. Even the InfoMullet raised concerns with the recent increase in tempo and severity of US strikes even as it scaled back protections for civilians. (8) 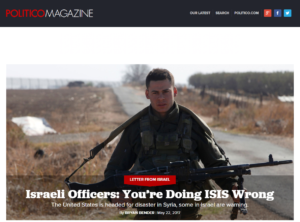 As for suggestions anonymous Israeli commanders quoted in the article advocated instead to “contain” ISIS and focus resources on Iran, the Syrian state led by Assad, Hezbollah and (one assumes) the Shia Iraqi militias also working for Iran in Syria. It’s not an unreasonable suggestion – the Iranian axis is a strategic threat, though the article doesn’t make clear that the commanders are also clearly advocating a policy which best serves Israel’s local interest. (7)

In rebuttal however to unnamed Israeli commanders, the last twenty-four hours clearly demonstrate that the time for “containing” ISIS is well past. Even the concept of containment – as if ISIS were a physical thing that, to borrow a phrase, one builds a wall to contain, shows a misunderstanding of what ISIS is.

And the most important aspect of that global brand is simply the idea that ISIS exists and what it stands for. This idea, supported by tremendous outflows of cash and social media propaganda have already, over the last two years, fueled a worldwide corporate strategy for ISIS of merger, acquisition, and growth of local insurgencies, militants and new recruits. ISIS benefits from a success-to-the-successful feedback mechanism. The more individuals and groups that join ISIS, the more attacks that occur under the ISIS banner, the more successful ISIS appears, the stronger its appeal and the individuals and groups will join ISIS.

This is the idea of ISIS driving the feedback mechanism, and it cannot be contained, not within Syria and Iraq.