Home  »  InfoMullets • Lightly Sourced Commentary   »   Radical Moderate #2: No other method to disrupt the regular order of the legislature is allowed.
Spread the love

To read the Manifesto of a Radical Moderate, click here.

TLDRUpFront: Returning from cancer treatment to the Senate, both on the floor and subsequent op-ed Senator McCain called for a return to regular order in the Senate. In doing so he not only fired more warning shots across the bow President Trump, and his own party leadership.  But he also elucidated both a cause for the gridlock in Congress, and a cure for its end.  Even though he is not the perfect messenger, for no saints remain in the capitol, he is not wrong.

FullContextIntheBack: Returning to the Senate floor Arizona Republican Senator McCain blasted the leadership styles that have characterized both Majority and Minority Congressional leaders for the last two decades, and made a call for a return to “regular order” in the Senate.  Regular order is the traditional method of Congressional governing, absent for so long  that an entire generation of Americans would be forgiven for not knowing what it was.  But we are very familiar of what its absence looks like, as McCain explained the problem very simply:

We seem convinced that majorities exist to impose their will with few concessions and that minorities exist to prevent the party in power from doing anything important.(1) 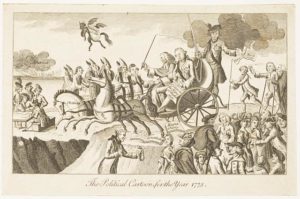 The two political parties share a ride drawn by the horses of Obstinacy & Pride.

This, in a nutshell, has been the governing style of Majority and Minority leadership from both sides of the aisle: McConnel, Reid, Pelosi, Boehner, Delay, Hadley – the list goes on.  A net-sum-zero, “I win you lose” approach which subordinates the legislating process of this country to the political parties, rather than harnessing the political parties to support the legislative needs of this country.  What is regular order? NPR describes it as:

Regular order might also be called “doing things the old-fashioned way.” The way you heard about Congress in school. A bill is proposed to the body. Leadership assigns it to a committee, or more than one. Then the chairman of the committee decides whether to consider it and when. Public hearings are scheduled in coordination with the ranking (most senior) member of the opposition party on that committee.

After the hearings, the chairman brings forward a version of the bill he or she likes and schedules a “markup” to consider amendments. The members of the committee from both parties offer amendments, debate them and vote on them.

If the committee likes the amended bill enough to approve it, the next step is floor consideration. The gateway to the floor is a “motion to proceed,” which, in recent times, has often been filibustered.(2)

The InfoMullet has long supported regular order as the only effective way to govern, a position that has resulted in the loss of much hair over the last ten congressional sessions.  In the absence of regular order the political parties attempting to “rule” Congress have revered to many tricks and methods to score a ‘win’, the passage of signature legislation. But is an observable trusim that what is passed outside of regular order is never considered “settled” and becomes a point of contention forever. The two clearest examples: President Bush’s tax cuts, passed by reconciliation in 2001 and President Obama’s healthcare reforms, also passed via reconciliation. The Bush Tax cuts took 11 years to be resolved, and only then by a bipartisan legislation in 2012. (3) Obama’s healthcare reforms remain disputed, in wholly partisan fashion, seven years later. It may indeed be another five before we resolve them as we did the tax reforms. These “signature” legislation were widely hailed at the time by the Presidents who orchestrated them as significant achievements. And therein lies part of the problem. Not only the Congressional leadership has failed, but the Presidents themselves have too often viewed Congress as a lever they can pull once in power to get “their way.”  McCain had some words on that as well, specifically referring to President Trump:

We must respect his authority and constitutional responsibilities. We must, where we can, cooperate with him. But we are not his subordinates. We don’t answer to him. We answer to the American people. We must be diligent in discharging our responsibility to serve as a check on his power. And we should value our identity as members of Congress more than our partisan affiliation.(1) 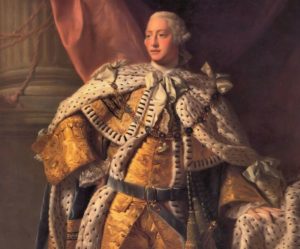 The Continental Congress didn’t answer to him either.

But this critique is equally valid for President Obama and President Bush.  There has been an inherent unwillingness of Congressional or Presidential leadership to recognize that passing major laws is damn-hard work, and you’re going to have to work to bring people to your side.  We don’t make peace with our friends to paraphrase the great bald-man of Westeros. The abandonment of regular order too many is thought of as an original sin, that side started it, that side did it first. But in reality it’s an accumulation of many sins, rather than one original. Hadley’s rule that all House GOP members must vote in lockstep, Reid’s abuse of the amendment tree to stifle Senate debate which led to a vicious feedback loop of increasing GOP resistance to even ceding to minor details.   Cries of false equivalence miss the clear facts that both parties have in a fit of asinine petulance nuked aspects of the filibuster for short-term temporary gain.  And the abuse of regular procedure by the majority has become the adopted method by the minority when they take power. It seems neither political party is capable of thinking beyond the length of their arm and what they can immediately grasp. Unconcerned about what the accumulation of these sins against checks and balances meant.

And then along came Trump.

All the abrogations of Congressional authority to the Executive, written ostensibly to give the President discretion but really recognizing that Congress cannot govern, are now in the hands of a President who has none. The country is consumed with this President in a way never seen before. And not because we haven’t had oddball, eccentric or seemingly reckless Presidents before (I’m eyeing you Pierce) but because we have to pay attention to any individual with that much accumulated power. And although the InfoMullet has tried to ignore dancing to Trump’s narcissistic media fiddle of dominating daily conversation; that doesn’t make his actions any less concerning. If supporters of the President think my critique unfair – remember that you may not win in 2020. And if President Trump is a populist manifestation of a Freedom Caucus wet-dream, then the next one to hold that office may be Progressive Caucuses night-sweats in human guise. It is powers Congress has yielded to the President, over a generation, that make these individuals dangerous to the fabric of the United States.  Not the individuals themselves.  The Constitutional founders built checks and balances, not to make things easy, but to make them hard, to require the consensus of more than one political affiliation instead of “mandating legislation from the top down without any support from the other side, with all the parliamentary maneuvers that requires,” as McCain described it in his Senate floor speech.

And although return to regular order over party-partisanship isn’t a panacea of what ails our political processes, it is a step in the right direction.

We should take it.