TLDRUpFront: The NY Times has released the identity of the whistleblower.
Read More
TLDRUpFront:  We continue to link sources of information that are accumulating in the investigation. In this post the WhistleBlower Complaint, House Resolution, Senate Resolution and an ironic “Appreciation Day” passed by the Senate in July. FullContext in the Back: This is the whistle blower complaint which both the DNI, DOJ, and WH had previously sought to block
Read More 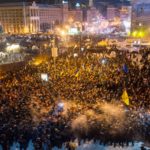