Home  »  Domestic Affairs   »   We come to honor that True Faith & Allegiance.
Spread the love
TLDRUpFront:An unprecedented and unanimous rebuke of President Trump’s attempt to invoke the Insurrection Act by Senior Civilian & Military Leadership has played out over the last few hours. Every branch of service, every Secretary, every Chief of Staff, and every Senior NCO of the Services have joined to create a chorus of voices that said “Enough!” 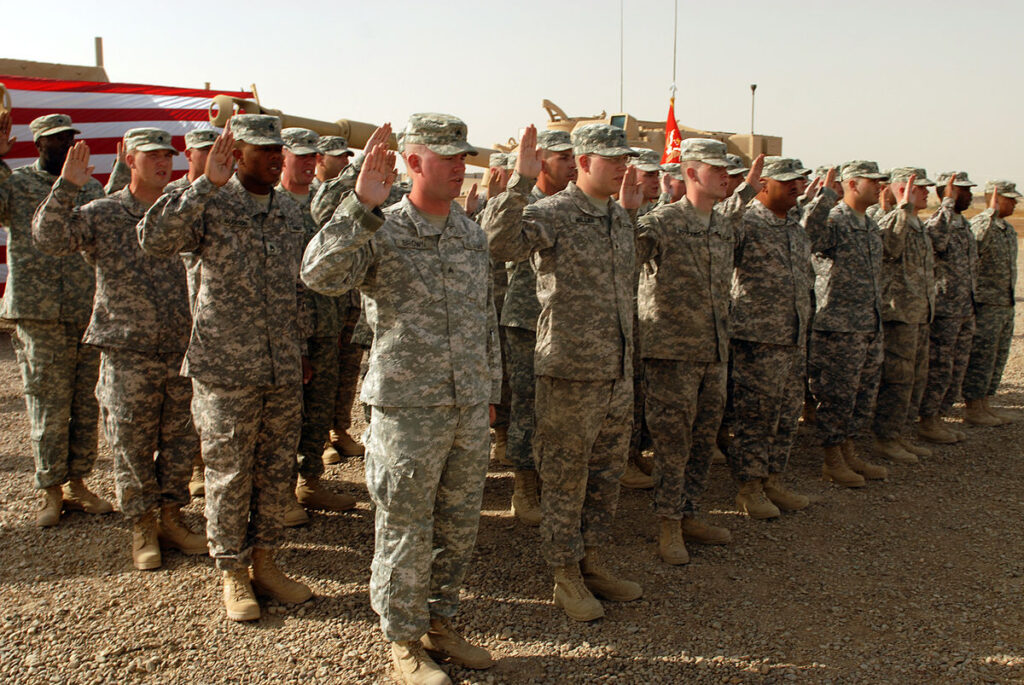 “I will support and defend the Constitution of the United States against all enemies, foreign and domestic; that I will bear true faith and allegiance to the same.”

FullContextInTheBack:
Today is a day that the senior leaders of the United States military, civilian and uniform, said “Enough!” in a loud clear voice to the President of the United States. I’ve never seen anything like this. The Secretary of Defense, the *entire* Joint Chiefs of Staff, the Chief of the National Guard, the Secretary of the Navy, the Commandant of the Marine Corps and the former Secretary of Defense under this President. They all have near simultaneously issued statements rebuking the President’s invocation of the Insurrection Act Monday evening after the Battle of Lafayette Park.
Well if anyone wanted to know when the military would put their careers on the line and risk rebuking the President this is that point. For both the content of their statements and the public nature of its release all of them could be sacked by the President. Contemptuous reference to the Commander in Chief is an illegal act under the Uniform Code of Military Justice (Article 88 I think). It’s also illegal to violate a direct order. But because the President *hasn’t* given a direct order on the Insurrection Act, and they are not being contemptuous of him directly the civilian and uniform military leaders are making themselves heard now in the space between. They walked right up to that line and stood there.
I’m sure I’m missing a lot of the former generals who are speaking today. And it’s not unusual for former generals to make a squawking, half of them end up cable news analysts it seems. But to have *current* generals and leadership, in a coordinated and orchestrated activity, make these kinds of statements. I don’t think I’ve ever seen it before.