TLDRUPFront: In our ongoing series Revealing MESconduct we review the Weaponizer Pool. This pool describes the warning signs, challenges, and lessons learned from investigations on reported  Weaponizing misconduct that volunteer organizations may face. In the Weaponizer Pool are 34 investigated offenses across five alleged perpetrators. 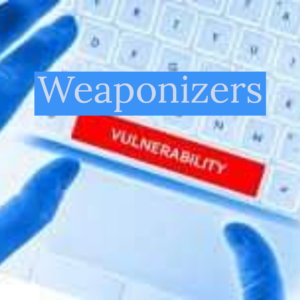 FullContextintheBack: This article is a subsection of Revealing MESconduct Part2: Investigations & Lessons Learned. The series is based on two years of volunteer work investigating accusations of misconduct in a volunteer gaming organization, the MES. Part 1 dealt with balancing the tensions between survivor privacy, community education, and community safety. Part 1 also covers frequently asked questions about where the information came from, whether it is publicly available in other forms, and my motivations in doing this.  Part 2 provides an overview of the 180 investigated offenses across 11 alleged perpetrators. The investigated offenses are segmented into six pools examined in sub-sections like this: Weaponizers, Creaky Stairs, Broken Stairs, Violent Actors, Broken Staircases, Serial Predators. Each pool summarizes the kinds of accusations, warning signs, challenges, outcomes, and lessons learned of those accusations and investigations. The lessons learned in each pool aren’t always limited to that pool and alleged perpetrators may have investigated offenses in more than one pool. Many of them apply across pools. In this article I’m focusing on a single type of reported misconduct: Weaponizing.

Weaponizers target the organization’s ability to police itself effectively by turning rules intended for safety against other members for self-serving purposes. Weaponizing frequently occurs at a constant low-level by opportunistic members seeking an advantage. Connected to no other misconduct the only harm is draining scarce volunteer time and undermining credibility of the organization. However, the accusations listed in this pool occurred alongside allegations found in the other pools. Weaponizing in this pool was directly tied to community safety. Weaponizing the rules allows alleged perpetrators to avoid or delay accountability, undermine the credibility of investigation results, or serve as a path for misconduct during the investigation itself.

There are 34 investigated offenses in this pool. There includes 1 Letter of Counseling, 1 Minor Offense, 29 Moderate Offenses, and 3 Major Offenses in the pool.

Warning signs of Weaponizers exist in the records of the organization itself. High-frequency filing of frivolous or bad-faith complaints is one warning sign. Frivolous allegations can’t be substantiated and bad-faith allegations occur often along side major game or social media-spats. Regular improper contact and interaction with officers during an investigation is another warning sign. A third warning sign is using the rules to demand “access” to a target of misconduct.  A fourth warning sign is when any, or all, of these behaviors occur in combination with an individual around whom a whisper-network has formed. A Weaponizer may be using the rules to avoid accountability for more serious misconduct.

Weaponizing can happen in person – in one accusation an alleged perpetrator threatened an officer seeking to remove them from a public space due to safety concerns that they would file a false Extreme Offense against the officer. The investigation uncovered multiple witnesses corroborating the false nature of the threat.

However most Weaponizing happens over email correspondence, making the records accessible if retained for analysis. For example, accusations in this pool indicated several alleged perpetrators Weaponized investigations to proactively target individuals or officers who sought to investigate their misconduct. One accusation claimed a member routinely threatened to file Major Offense (Use of Office to Abuse a Member) on any officer who disagreed with them. Our investigations found information consistent with these accusations.

As an example of improper access for one accused, email archives of a prior National Coordinator indicated an alleged perpetrator was allowed to initiate and guide investigations against lower-level officers seeking to investigate their misconduct. The email correspondence indicated the accused suggested penalty levels and even wrote rebuttal arguments on behalf of the national officer.

One challenge of Weaponizers is extending proceedings by delaying suspension or punishment until all appeals are exhausted. During this time, they may continue to present a risk to community safety. We received additional accusations for several accused, resulting in new investigations, even while working on past allegations in an ongoing investigation.

The second challenge of Weaponizers is that they use the investigation and appeal system itself to offend. During some investigations, additional accusations were made against alleged perpetrators for displaying aggressive behavior during investigation activities (to targets or staff), using an appeal itself to continue harassment of a target, and making threats of violence against an MES event during an appeal. In all of these cases, we found corroborating information to the accusations. The MES took action to add additional punishments.

Beta, Nu, Omicron, Theta, and Upsilon are in this pool.

Weaponizers are rules-lawyers on misconduct. “Rules-lawyering” is a well-known phenomenon in gaming organizations.  A segment of the playing population learns to argue the complexities of the rules, not for the community’s benefit, but themselves. This mentality can then slip into misconduct procedures where Weaponizers exploit complicated rules to describe their behavior as not technically wrong. Rules-lawyering behavior isn’t limited to gaming organizations and can apply to academic and professional volunteer organizations.

Sustained misconduct is enabled by a culture of Weaponizing. Five of the 11 alleged perpetrators are in this pool including one alleged Broken Staircase and both alleged Serial Predators. Weaponizing is the answer to the question “Why wasn’t this caught earlier?” In some ways the ability of alleged perpetrators to Weaponize rules is a precondition to them avoiding detection and accountability which enables sustained misconduct. Additionally, a culture of tolerated mild-Weaponizing, unconnected to serious misconduct, undermines the credibility and faith members have in investigations. Even those with self-proclaimed good intentions who allow themselves to Weaponize the rules, rationalizing it as the “ends justify the means”, risk long-term effect of eroding the perceived legitimacy of future investigations and reports.

KISS: Keep it simple stupid. Processes in volunteer organizations must be simple to understand and follow for all. The MES process was especially arcane, an intended design feature covered more in Part 3: Origins & Organizational Risk Factors.

Principles over processes and transparency over secrecy. Weaponizers thrive by making technical arguments in secret that wouldn’t withstand the scrutiny of the light of day. Consider a rule of thumb if five unrelated members of an organization openly discussed misconduct behaviors without knowing the individuals involved. And they all agreed the conduct was wrong – then the organization should err on the side of caution in acting upon it as misconduct. Organizational principles should reflect these commons values and standards. Procedures should seek to exemplify these principles and be transparent enough for the community to penalize Weaponizers, arguing wrong conduct as not technically wrong. Doing this serves two purposes: reduces resource drain on volunteers for current investigations while serving as a deterrent for future misconduct.

Volunteer burnout is real. In a volunteer organization, the volunteers investigating misconduct and determining punishment are at high risk of burnout and frequent rotation out of the position. I lasted two years but the average tenure in my position is six months or less. Minimize Weaponizers draining any additional energy with frivolous or meritless complaints. Watch out for Weaponizers trying to join as investigation volunteers. Use rotations to swap volunteers through these positions or leverage panels of teams, rather than single individuals, to share the load.

Harden your processes as they will be used against you by Weaponizers. Red-team scenarios and ways Weaponizers can abuse the rules. Tighten language while instilling flexibility by elevating principles over technicalities. Don’t let processes become avenues for further abuse. Employ review panels and sounding boards that are guided by organizational values with trusted actors on them. Document and share findings, precedents, and lessons across the organization and membership to set expectations gain trust, create an institutional memory over time, and act as a deterrence.

In keeping with the final general lesson learned in the main article, I am calling upon the MES to do the right thing. Follow its procedures to release limited information found in “Notifications Regarding Officers” of their handbook (see MH2018Q4 p70-74 and 2020 MES HB, p95) and apply it for the alleged perpetrators of the Weaponizer Pool. This information consists of: