TLDRUpFront: Renewed fighting at Zaporizhzhia raises concerns of nuclear incident with global ramifications. Answering FAQ suggests that the worst-case mental model should be Fukushima versus Chernobyl and the risks do not raise to the level to justify US or NATO military intervention. 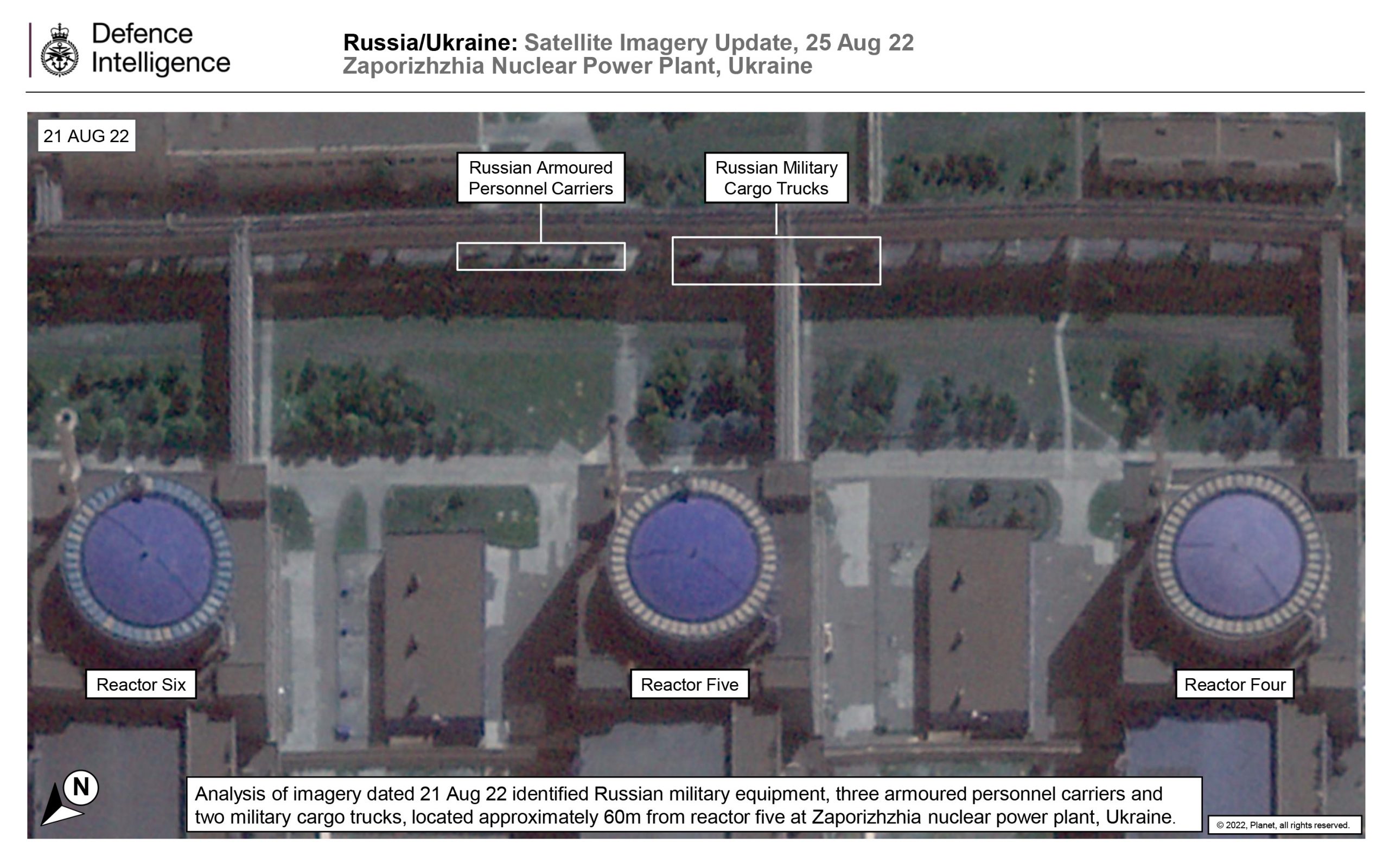 For a second time fighting in the Russian v. Ukraine war has broken out around the Zaporizhzhia nuclear power plant (ZNPP.) Earlier in March, the fighting occurred as Russians took the power plant. Russian shelling in and around the plan resulted in a fire at the site, though not in the nuclear reactor buildings themselves. Now, Russian and Ukranian forces are once again contesting the area and both sides have been accused of shelling the ZNPP(z).  With power temporarily cut off (but since restored) global fears are rising of a catastrophic incident.

However, with those concerns needs to come some measure of what the actual risks are. Especially given calls for US or NATO military intervention to secure the plant. If we think of the risk to ZNPP with a mental model of the 1987 Chernobyl disaster, or worse, with global ramifications we may inch towards supporting intervention that risks serious escalation. But if we understand instead a wors-case scenario being closer to the 2011 Fukushima disaster, with consequences confined to the immediate area, we realize that the risks of escalation or worse than that worst-case scenario.

Frequent questions I’m getting provide the context for this comparison:

Yes. Under both US and Russian military doctrine, nuclear power plants are legitimate targets of war for the strategic role they provide in supplying power in contested areas and to critical military infrastructure. There is some international debate whether they are valid targets under the United Nations Protocol 1. (x)

Will cutting the power cause a nuclear incident?

Although cutting power increases risk, there are numerous safeguards in place to prevent a nuclear incident.

What if all safeguards fail – like what happened in Chernobyl?

Chernobyl used RBMK design with serious flaws built into the design. When all safe guards failed, the configuration of water and neutrons resulted in a positive feedback effect leading to ever larger thermonuclear reactions. Zaporizhzhia uses a more recent VVER design. When all safe guards fail, the configuration of water and neutrons results in a negative feedback effect leading to dissipation rather than thermonuclear reactor. It’s more complicated than that – but basically a VVER’s final safeguard are natural nuclear physics reactions that will drive the system into dissipation, rather than critical mass. These were missing in the RMBK designs.

What else is different between Chernobyl and Zaporizhzhia?

Chernobyl’s RBMK design had no containment around the reactor. So when the reactor exploded, it released significant materials up that were then carried into the windows on a global circuit. Zaporizhzhia VVER design includes both massive concrete and steel containment measures. In the event of catastrophe – less material will go up.

Not technically. However, the practical effect of the concrete and steel containments described above is to create a very effective shield from artillery rounds landing near to the reactor. The casings are so thick – built to contain a nuclear meltdown – that only repeated direct hits in a specific area or placed intentional charges are likely to rupture the containments.

Zaporizhzhia has six reactors – are all at risk?

At the beginning of the war the Zaporizhzhia NPP turned off two of its six reactors, reducing risk. Others can be shut down quickly in the event of risk, although shutting down a reactor is not something you’d want to rush either.

What would it take the US military or NATO to secure the NPP if necessary?

The Zaporizhzhia NPP is a large complex facility inside an active conventional war-zone, with belligerents on both sides actively contesting the NPP. It’s unlikely something that could be secured through Special Forces alone. In the hypothetical that the US or NATO wanted to immediately secure the NPP it would probably require a large operation. The 82nd Airborne Immediate Response Force (IRF) has a battalion of ~1,000 combat soldiers on standby to deploy anywhere in the world in ~18hours notice and are trained to conduct operations like this. They could air drop and likely secure the facility and immediate space, supported in follow-on reinforcement at battalion level soon thereafter. Putting an entire combat brigade of ~3,000 troops would not be unreasonable to properly secure the area and deter, or respond, to attacks. Any action of that size like would need to be accompanied by establishing air superiority over not just Zaporzhzhia but most of southeastern Ukraine. Such an operation, regardless of dejure reasoning would be a defacto act of war against Russia and likely result in an escalation to match.

In summary, the risk of Zaporizhzhia isn’t so great that it justifies an action which itself would surely lead to the widening of the war and potential nuclear escalation. The Fukushima disaster, though serious, was largely contained within the immediate 10-30km area of Fukushima and did not result in worldwide exposures like Chernobyl. Because of its upgraded design, Zaporizhzhia is more likely, in the worst case to be a Fukushima style event than a Chernobyl or worse-than-Chernobyl. This is why a negotiated resolution between the belligerents over the NPP, with or without UN elements monitoring, is preferable to direct US intervention. The escalatory risks of intervention exceed the worst case scenario risks of not  intervening.