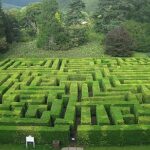 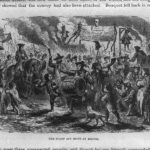 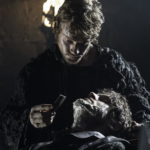 TLDRUpFront: In a fortnight that saw the GOP go full Reek in the Senate and Democrats struggle to play duck-duck-goose without losing track of the ducks; this Radical Moderate has a few things to get off his chest about the self-neutering effect Partisan Populism on common sense and basic competence. Content Warning: Radical Moderate
Read More
TLDRUpFront: The President’s statements on the death of al-Baghdadi and accompanying analysis. Split into "Just the Facts" and "Analysis" portions.
Read More
The InfoMullet regrets nothing. Our advice is free. Ignoring it incurs the cost. And Democrats may be regretting not acting on the gift-wrapped #Resistance pointed out by the InfoMullet in June, when President Trump admitted in an interview he would accept opposition research from foreign intelligence.
Read More
No State has a right to Tyranny.
Read More 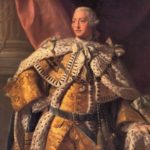 TLDRUpFront: Returning from cancer treatment to the Senate, both on the floor and subsequent op-ed Senator McCain called for a return to regular order in the Senate. In doing so he not only fired more warning shots across the bow President Trump, and his own party leadership. But he also elucidated both a cause
Read More
TLDR Upfront: Contrary to doomsayer predictions of a new WWI between Russia and Turkey based on the assassination of an envoy in Ankara yesterday, pretty much the exact opposite happened. The beginnings of a Red Wedding scenario, a framework of cooperation between Russia, Turkey and Iran - excluding the US, NATO and the United Nations
Read More
TLDR Upfront: With Cabinet nominations now solely a spectator sport after the elimination of the cabinet filibuster, and the ACA repeal via reconciliation largely baked in because it was *passed* with reconciliation - one may feel there is little legislative leverage points to apply to the administration. Oh ye of little faith.
Read More