TLDRUpFront: A mega-mullet focusing on the standards of judgment, relevant laws, and analysis of the evidence on the key charges facing President Trump in the Senate Trial. Part two of two.
Read More 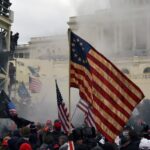 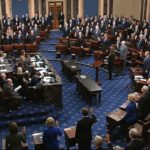 TLDRUpFront: For the 3rd time in history the House has impeached a President. Never before has a Trial resulted in conviction. Understanding the Trial means understanding “sole power” and “inherently political”. As we cover the Trial check back here for our previous coverage and resources to gain context.
Read More